Well today is Leap Day – the day that only comes around once every four years.  And with it comes quite a history and a collection oddities as unique as the day itself.  Take a look:

How the day came to pass

Blame it on the ancient Egyptians (okay, someone else would have probably figured it out by now if it hadn’t been them, but it was, so we’ll blame them).  What did they do?  They figured out that the man-made calendar they were using didn’t always match up quite right with the solar year.  That’s because it actually takes the Earth 365 days, 5 hours, 48 minutes and 46 seconds to travel one rotation around the sun – just a smidge longer than the standard 365 days they were using.

It was the Romans, though, that took it one step further – fixing it.  Julius Caesar ordered his astronomer, Sosigenes, in 45BC to come up with a simple solution.  Sosigenes figured that if he added one day to the calendar every fourth year, things would then line up.  And so, Leap Day or February 29 was born.  At that time, February was the last month of the year, so they just tacked the extra day onto the end of it.  This was known as the Julian calendar (after Julius Caesar himself) and was used from that time all the way until 1582 AD.

That’s when someone else, Pope Gregory XIII, figured out that even adding the extra day every four years, it still wasn’t quite right.  We were adding 11 minutes and 14 seconds more than necessary each year.  What’s 11 minutes, right?  Well in the 1,627 years it took for someone to figure this out, it amounted to about 10 days!!  Okay, now I get why that 11 minutes was so important.

So, what did Pope Gregory do about it?  He cut a whopping 10 days out of the month of October for the year of 1582 for starters.  But, more importantly, Gregory also set up exact rules for adding Leap Day to the calendar.

Thanks to Pope Gregory and his rules, our calendar will be in tune with the seasons for the next several thousand years.  Gregory was one smart Pope!  Sadly though, not everyone was so keen to change over their calendars.  Religious politics as they were at the time meant that the Catholic Church’s Bishop of Rome wasn’t exactly super popular.  (Europe was in the middle of the Protestant Reformation.)  Catholic countries like Spain, Portugal and Italy were pretty quick to adopt Gregory’s calendar, but Protestant countries were slow to follow.  The British Empire, which included the colonies that became the United States, didn’t adopt the Gregorian Calendar until 1752!  We were nearly 200 years late to the party, folks!  But, even later, were the Eastern European countries which finally accepted the change during the 1910s and 1920s!

So with that wacky history, there are bound to be other quirks.

In many countries around the world, February 29 is the day for women to propose to men!  A woman may propose to any man she chooses, but some countries stipulate that she must wear breeches or a scarlet petticoat.  If the man refuses, he owes her a pair of gloves (or 12 pairs), fabric for a skirt, a silk dress, a kiss or even some money, depending entirely on what country the pair are from.  Get your red petticoats out, girls! 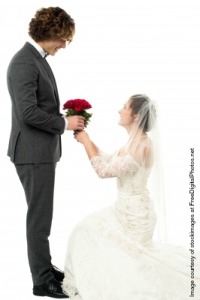 Did you know that you might be spending Monday working for free?  If your wages are paid on a fixed annual or monthly salary, than you are working an extra day in 2016.  Since your salary is figured on a standard 365-day year, February 29 is technically a Work-for-Free Day!

Did you know that if you are born on February 29, you are known as a Leaper, a Leapling or a Leap-Day Baby.  Anyone else getting images of frogs right now?  Any person’s chances of being born on Leap Day are one in 1,461.  And since there are roughly five million leaplings around the world, it’s safe to say those odds have been beaten a few times.  So, when would a Leapling celebrate a birthday during non leap years?  Most leaplings say you get to pick between February 28 and March 1.  Legally speaking, though, it depends on what country you’re in.  Most U.S. states, as well as the U.K. and Hong Kong designate March 1st, while China, Taiwan and New Zealand have picked February 28.  So, if you’re a leapling and you’re planning to get your driver’s license, register to vote or have your first beer, you might have to wait an extra day.

Astrologers believe that Leaplings all have unusual talents.  This might be true since famous Leaplings include English poet Lord Byron AND rapper Ja Rule!

Leap Year Capital of the World

Apparently the people of Anthony, Texas really like Leap Years, because they have designated themselves the Leap Year Capital of the World.  They hold a Leap Year Festival, which includes a guided trip to Aztec Cave, square dancing and even “fun at the horse farm”!

Because of Pope Gregory’s cool calculation, every 100 years we skip a Leap Year . . . except when we don’t!  The year 2000 would have been skipped since it’s a century year, but since it has the unique fact that it is also divisible by 400, we didn’t skip it.  This means that the last skipped Leap Year was in 1900 and the next one won’t be until 2100.  And the vast majority of all people living today will never skip a Leap Year.

Some cultures think Leap Year is unlucky.  The Chinese believe that more accidents and mishaps occur during the Leap Year.  They believe children born during that time are harder to bring up.  And that it’s also a bad time to start a business or get married.

In Russia, leap year is believed to bring freak weather patterns and a great risk of death.  Russian, as well as Scottish, farmers believe that leap years are bad years for crops and livestock.

Greeks also believe it’s a bad time to get married.  And in Italy, there is a legend that says that women are erratic during a leap year, and that you shouldn’t plan important life events during those years.

And somehow U.S. Presidential election years AND Summer Olympic years line up with Leap Years.  I wonder if that was planned . . . .

There you have it – Leap Year and Leap Day facts!  Go impress your friends or win a round of Jeopardy!

This entry was posted in Uncategorized. Bookmark the permalink.